Each Joda-Time relase has descriptions of incompatible changes categorized by six kinds:

When binary compatibilities are broken then Majour Version changed. For example v2.0 changelist

Not part of compatibility, just a fact about the build system in use

Also, I think, it may be changing in artifact coordinates: groupId, artifactId or even changed repository. Maybe some changes in manifest, for example required dependencies. Or added OSGI manifest info. Maybe some classes was repackaged. Or old artifact was built with ANT and doesn’t contains a Maven’s pom.xml manifest like horrible Xerex library  and then was mavenized.

It also may be recompilation with optimizations or without debug information.

But I think that changing in packaging may be a separate kind of compatibility change.

Whether the whole API is binary compatible or source compatible. See this document

Whether the serialization format is compatible with the previous version.

Whether the data, time-zone data in this case, has changed.

For example: some time zone was changed or even removed. If your database stores old timezone id and application trying to create a date object with this timezone id you’ll get an exception.

Whether there is some other semantic change. This is relevant when the classes and methods have not changed, but the meaning of a method has.

For example:  v2.0 has a lot of semantic changes

I think it always hard to separate semantic changes when dealing with bugs. For example, JDK has bug when using null as key in Map

And that was a question is this a bug or feature.

Another one example, is Apache Commons Lang library. In version 3 the methods StringUtils.isAlpha(), isNumeric() and isAlphanumeric() now all return false when passed an empty String. Previously they returned true.

Semantic looks like correlated with behavior compatibility. When changed not signatures but they flow or contract.

Also it’s often situation when behavior was just undefined by contract. For example old class Vector doesn’t declare behavior about removing elements during iteration.  That’s why was created new class ArrayList and Vector was accepted as Superseded.
So, deprecation, as any changes in contract may be also some kind of semantic change.

Also I think that it should be some kind of «reverse compatibility» that means a contract usage. For example, I saw an issue when subclass of HashMap doesn’t follow a contract. This change was compatible in all ways but all clients become incompatible. How to predict it, I don’t know.

Each of developer has experience when you can’t change something in your API because there is some clients that abuse it or implemented incorrectly. So it should have it’s own classification and developers should think about this kind of reverse incompatibility.

I mean the complexity of program in wide sense: algorithm speed, it’s derivate and consumption of resources (memory, i/o, CPU, disk space), and even source code beautification and structural changes like refactoring. You know,  some algorithms may use more memory but use low processor.

For example, in some early versions of 64 bit JDK your application may fail with OutOfMemory error. This was change absolutely compatible in all categories mentioned before.

Another one sample is when new version of program is working more slowly than previous.

It may not change a contract and flow or anything else may it’s also may be changes that requires an attention.

Tool for checking API and BPI 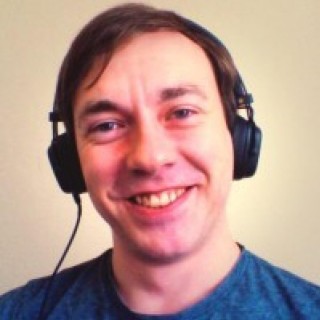